Hey everyone! It’s Tuesday so its time for another Top Ten Tuesday! For this week’s prompt, it’s all about book to screen adaptations. Since this is a freebie, I wanted to talk about my top choices for potential book adaptations. And some that are listed below may already be in the pre-production stage!

So without further ado, let’s get on with the list! 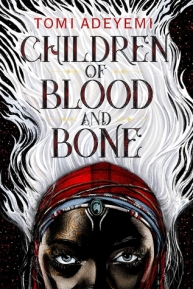 Children of Blood and Bone

The cinema has brought countless fantasy stories to life but how about one inspired from West African folklore? I was immediately drawn to this book when it was first released due to the outstanding premise and brilliant characters. I do believe this book is already in talks to be adapted into a major motion picture since the author has previously mentioned it in her social media. And because of this, I am eagerly anticipating the release! 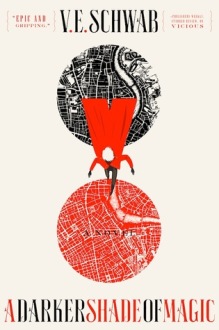 This was the first series I read by V.E Schwab and I was in love with her world, story-telling, characters and outstanding plot! Again, I do believe this novel is already being considered for a film and I really hope they do it justice. I absolutely loved every single character in this book and we do grow close with them throughout the series. I also loved the magic system  and I think it would be great to see the different dimension Londons in the big screen! 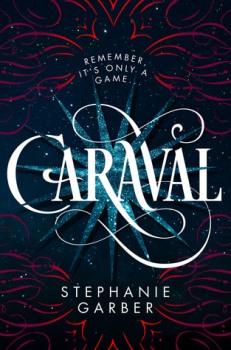 OMG. If you guys have ever read this series, can you just picture the beautiful and whimsical visionary work delineated through Stephanie Garber on the big screen? Just reading the gorgeous details of this magical world immediately transports you to another realm. While in terms of plot it may more romance oriented, I definitely think the world would be beautiful to experience in theatres.

An Ember in the Ashes Quartet

A series which brought me adventure, thrill, emotional pain and heartache. Yep, Sabaa Tahir has a way of completely messing with your feels! And I am not complaining! The setting of this novel is inspired by the Roman Empire and initially follows a Scholar girl and a the top student of a prestigious yet, daunting Military Academy. When I first read this novel, I remember that could not put it down. In fact, I stayed up until 4AM! It was that addicting and I think it would be amazing to see this tension, suspense and thrill being translated onto the big screen. I will admit that my heart suffered but I would still love to see this adaptation!

One of my favorite series of all time and if this does get a movie deal in the future I would not be able to contain my excitement and would be screaming until my throat is sore! But of course I will be eagerly anticipating with high expectations. I think the main aspect of this series which really grasped me was the characters. They are so diverse and flawed but so lovable! And I mean, come on who wouldn’t want to see Captain Thorne on the big screen? Also, the re-telling was done so well. I love how each book followed a  different character yet still followed through with the bigger story arc over the four books. Marissa Meyer is honestly one of the best at crafting beautiful stories.

An alternate history of WWII with Nazi regime in power? As terrifying as that sounds, I think that plot line would make a great backdrop for a movie. Coupled with a feisty female lead with secrets of her own who battles to win a Motorcycle race in order to meet and assassinate Hitler, would truly create a film worth watching! This was a novel which I could NOT put down. It was so fast paced and full of adventure, character growth and heart that it would be stunning to watch in theatres.

Diverse Characters? Check. Thrilling, high stake plot? Check. Romance? Check. Character growth/ high level themes? Check. I think it’s safe to say that this book has it all. Everything from the detail oriented and dark streets of Ketterdam to intricate layers of the various characters was outlined so well to make this novel such a phenomenal read.

This was one of the first Sci-fi novels I have read and I absolutely loved it! It had the perfect blend of adventure, romance, and thrill which you would want in a typical feature film. I also loved that the book was about survival but the plot moves in a way which you do not expect and that aspect would truly makes it a candidate for a feature film. 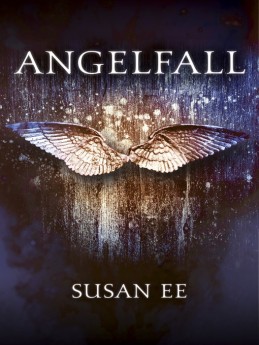 A lot of fantasy and dystopian novels exist in YA literature but I never saw one which incorporated both genres within a series. Susan Ee manages to utilize the concept of Fallen Angels into a dystopian world and brings about a thrilling and fast paced adventure series. I adored both the female and male leads of the novel and was addicted to the story line!

Honestly, I can never seem to let go of this series. . . I blame Thomas Creswell haha  But who doesn’t love a good mystery novel? The author did a fabulous job providing the details to the setting that you actually feel you are walking beside the characters through the streets of London. With the details she provided, I think this would translate very well to a feature film. I would definitely be intrigued if this ever happened!

How about you all? What books would you like to see in as a Netflix series or Feature film?

Until next time, keep reading and I will see you all soon with another bookish post!